INO annual science meeting was held in July 2017. Astronomers from around the country, the board of the Astronomical Society of Iran (ASI) a well as the local officials from the region where the site is being developed were present. The meeting was also attended by the public media. 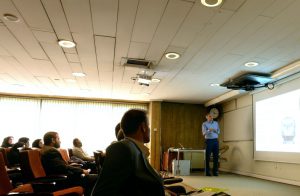 This gathering was held on the verge of the INO340 dome construction, scientific exploitation of the site and conclusion of the detailed design of INO340, the 3.4m telescope. In this session, scientific institutes and universities have been invited to install their own instruments on Mt. Gargash. INO wide field survey, built and developed by School of Astronomy (SoA), is the first astronomical instrument to become operational at the site, commemorating the INO science operation.